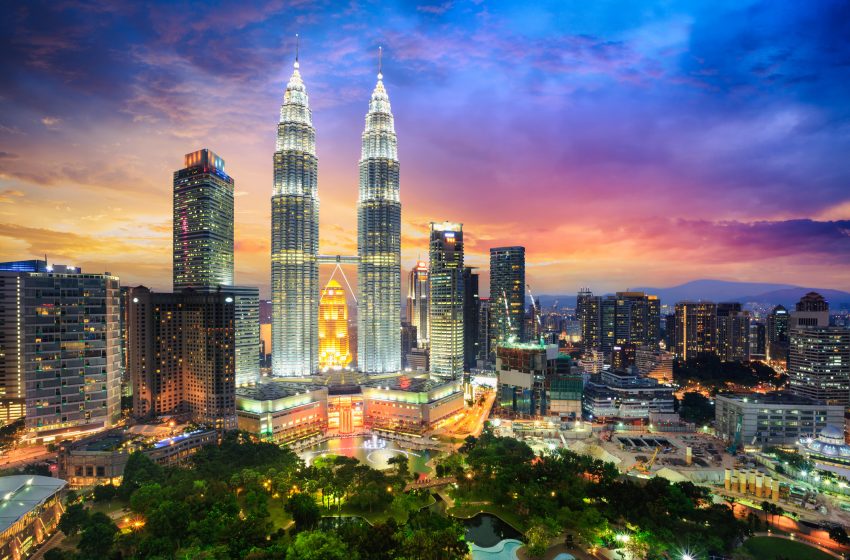 Malaysia’s capital Kuala Lumpur is known for its skyscrapers and cultural diversity. It comprises the most iconic landmarks, both natural and man-made, and showcases the best KL has to offer. The Malaysian capital is known for its multicultural community, which mainly consists of Malay, Indian, and Chinese residents. As a result, you’ll find vibrant events and festivities celebrated throughout the year, while local markets and religious sites offer a glimpse into the local culture and lifestyle.

Petronas Twin Towers were once the tallest buildings in the world. Now the world’s tallest twin structures, the 88-storey buildings were designed by Cesar Pelli & Associates with both towers joined at the 41st and 42nd floors (175m above street level) by a 58 metre-long, double-decker Sky Bridge.

Along with the Petronas Twin Towers, Menara KL Tower is easily Malaysia’s most recognizable and popular landmark. Constructed in 1994, the tower stands at 421 metres and effortlessly trumps the Petronas Twin Towers with the highest and most spectacular view of the city. This gleaming tower’s spindle-like apex is visible from almost anywhere in Kuala Lumpur.

Menara KL’s viewing deck is, at 276 metres, at least 100 metres higher than the Petronas Twin Towers’ Skybridge; the view is marvellous during the day and even better at night when you can see the entire sparkling city centre.

At the heart of Kuala Lumpur is an area which never sleeps, and far more colourful and bustling than its bigger and more glamourous neighbours, KLCC & Bukit Bintang. Chinatown, based in Petaling Street, is also known as ‘Chee Cheong Kai’ (Starch Factory Street), a reference to its roots as a tapioca-producing district. Deeply immersed in Oriental culture, heritage and history, Chinatown is undoubtedly one of the most popular tourist spots in Malaysia.

Chinatown is also a well-known bargain hunter’s paradise, a place where you can find all sorts of stuff from Chinese herbs to imitation goods. At night, its main market area, Petaling Street, transforms into a lively and vibrant night market, filled with hundreds of stalls offering all kinds of goods at a dirt-cheap price

Batu Caves, one of Kuala Lumpur’s most frequented tourist attractions, is a limestone hill comprising three major caves and a number of smaller ones. Located approximately 11 kilometres to the north of Kuala Lumpur, this 100-year-old temple features idols and statues erected inside the main caves and around it. Incorporated with interior limestone formations said to be around 400 million years old, the temple is considered an important religious landmark by Hindus.

Cathedral Cave – the largest and most popular cavern in Batu Caves – houses several Hindu shrines beneath its 100-metre-high arched ceiling. At the foot of Batu Hill are two other cave temples – the Art Gallery Cave and Museum Cave – which houses numerous Hindu statues and paintings.

The Sultan Abdul Samad Building is among Kuala Lumpur’s earliest Moorish-style buildings. It is set to the east of Merdeka Square (Dataran Merdeka) and the Royal Selangor Club, across from Jalan Sultan Hishamuddin. It was built in 1897 and was named after the reigning sultan of Selangor at the time.

The distinguished landmark originally served as the secretariat for the colonial British administration. Designed by AC Norman, the architect responsible for Masjid Jamek, the historically-significant building used to house the superior courts of Malaysia: the Federal Court of Malaysia, the Court of Appeals and the High Court of Malaya, before they moved to Putrajaya.

Sunway Lagoon Theme Park is located in Petaling Jaya – a thriving satellite town – about 15km southwest of the Kuala Lumpur city centre. With a variety of watery rides on offer and plenty of dry-land activities too, there are few more fun ways to spend a day than cooling down at Sunway.

Water slides that whirl and twirl, a manmade ‘river’ ride, a surf beach, a wave pool, a 360° revolving pirate ship… the list of fun attractions at the 80-acre park is extensive. Built on the site of a former tin mine and quarry, when it first opened the highlights of this multi-zone theme park were its water slides and the world’s largest manmade surf beach. These days, it has expanded and encompasses a total of five different zones – the water park, Scream Park, Amusement Park, Extreme Park and Wildlife Park.

Hosting a lot of hawker stalls and seafood restaurants, Jalan Alor is one of the most famous roads in Kuala Lumpur for food. Located just behind Jalan Bukit Bintang and a short walk away from Changkat Bukit Bintang, it is a favourite after-clubbing dining spot in the Golden Triangle area.

Though the seafood at the air-conditioned restaurants is really good and inexpensive, we highly recommend the hawker food. KL being an immigrant city, the variety of food available is amazing and in Jalan Alor the barbecued meats, noodles and desserts are some of the best (and cheapest) in the city. Most of these dishes cannot be found in fashion-conscious restaurants – and even if they are, they are rarely as tasty, so hawker stalls are a favourite on the city’s foodie scene.

Aquaria KLCC, located on the concourse level of the Kuala Lumpur Convention Centre, is said to be one of the largest aquariums in Southeast Asia. Home to over 150 species of marine life, its star attractions include scary tiger sharks, lethal sea snakes, blue rays, bright coral fish, seahorses and more.

It’s a well-stocked aquarium just begging to be explored, and after a few hours here you’ll have seen over 5,000 freshwater and marine creatures, including massive arapaimas, giant groupers, garfish and more. Some people write it off as a tourist trap, but they’re sorely missing out – beyond the big tanks, with gallons of water, filled with necklaces of kelp, coral and mysterious and sometimes menacing sea creatures, is one of the country’s foremost sightseeing attractions with real depth and complexity.

Central Market is one of KL’s most familiar landmarks and a popular tourist attraction. Built-in 1928, it is a short walk away from Petaling Street, along Jalan Hang Kasturi. Also called Pasar Seni, it used to be a simple wet market but in the early 1980s was revamped into a handicrafts outlet.

The focus for the city’s artistic community, inside the building, is a warren of boutiques, handicraft and souvenir stalls with traders selling local merchandise such as authentic Malaysian batik prints and more. Central Market is located on the opposite bank of the Dayabumi Complex and is an art-deco style building with local ‘Baroque’ trimmings.

The Perdana Botanical Gardens, set within the Tun Abdul Razak Heritage Park, contain the largest collection of flower gardens and animal parks in Kuala Lumpur city centre. Also called Lake Gardens, this centrally-located recreational park is best visited during the weekends, when it’s packed with locals enjoying various activities on the main square as well as along its many lakefront trails and landscaped hills.

One of its standout features is the Orchid Garden, which is a five-minute walk from the Kuala Lumpur Bird Park. This flower garden spans 10,000 square metres, housing walking paths and manmade fountains, as well as a semi-circle pergola and rock garden that house 800 species of orchids from both climbing and terrestrial varieties. 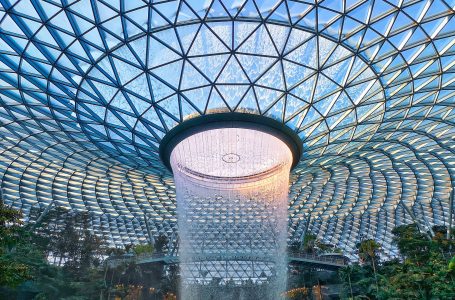 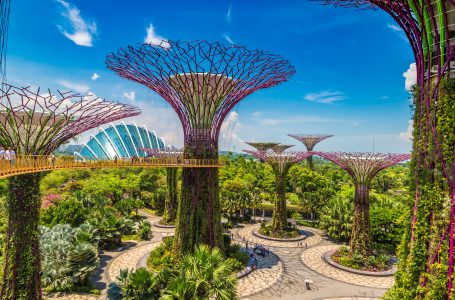 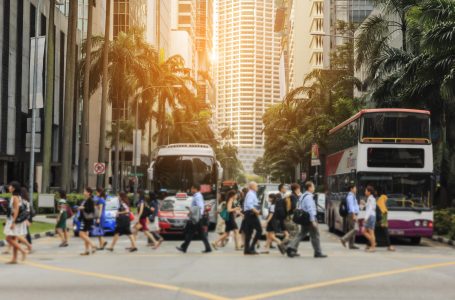 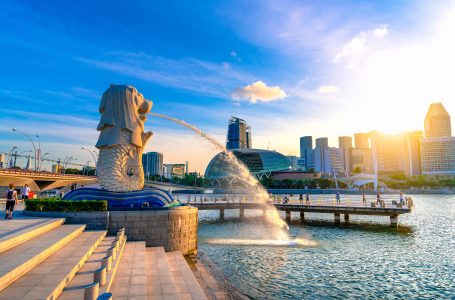 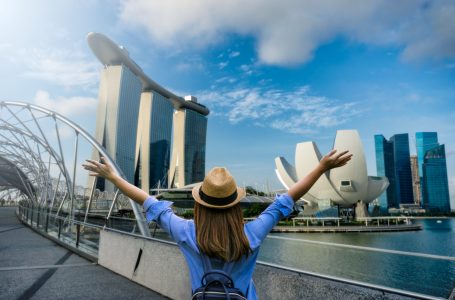 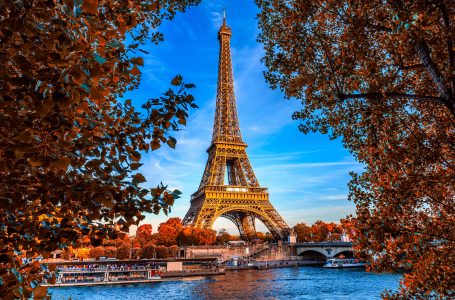 Paris | Tourist Spots in The City...